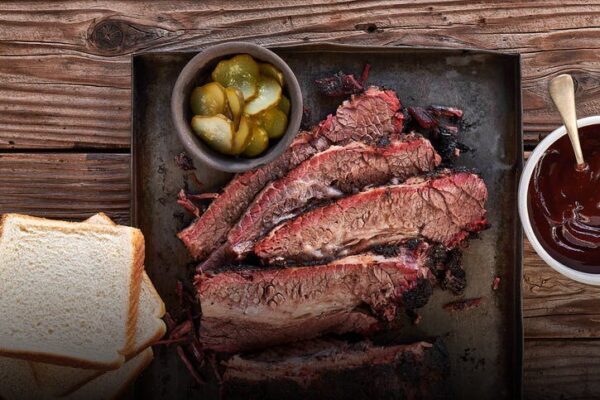 A properly cooked brisket is tender but not delicate. If a pencil thick slice falls apart as you are slicing it, that’s overcooked. If, on the other hand, that slice comes apart easily when you tug on it from opposite ends, that’s sheer brisket perfection.

You may hear BBQ aficionados talking about wrapping their meat in butcher’s paper. No, not the white sheets used for school projects. This is a pink—or peach—coloured paper that is used to help protect the meat from drying out once it has developed its beautiful dark bark/crust.

This recipe, as featured in our cookbook, Weber’s Ultimate Barbecue, will ensure you end up with a brisket that your friends and family will rave out.

Back to All Receipes